We’re given an Android app with the hint “An app that gets the flag for you! What more could you possibly want?”. The app has 4 main buttons, and after each button press we get a “Response Code: 200” message. This indicates that the flag is being fetched from a server. Setting up a proxy and trying to intercept the request does not work: 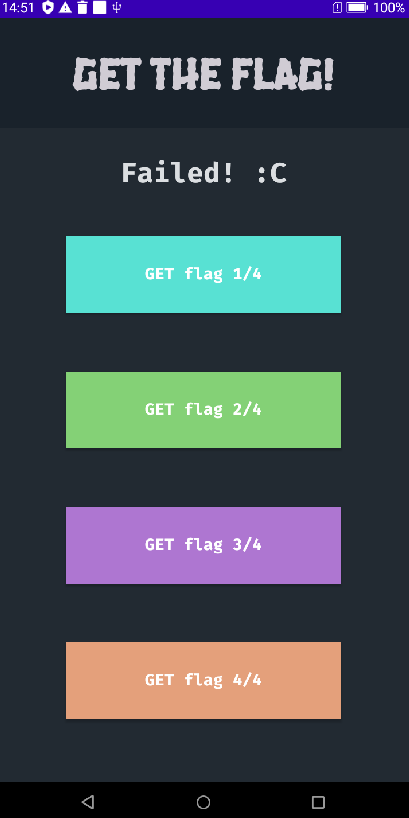 This means there must be some kind of certificate pinning happening which sees that the certificate of our proxy server does not match the hard-coded certificate or certificate pin. To look under the hood, I decompiled the app with d2j-dex2jar and had a look at the jar file with jd-gui. 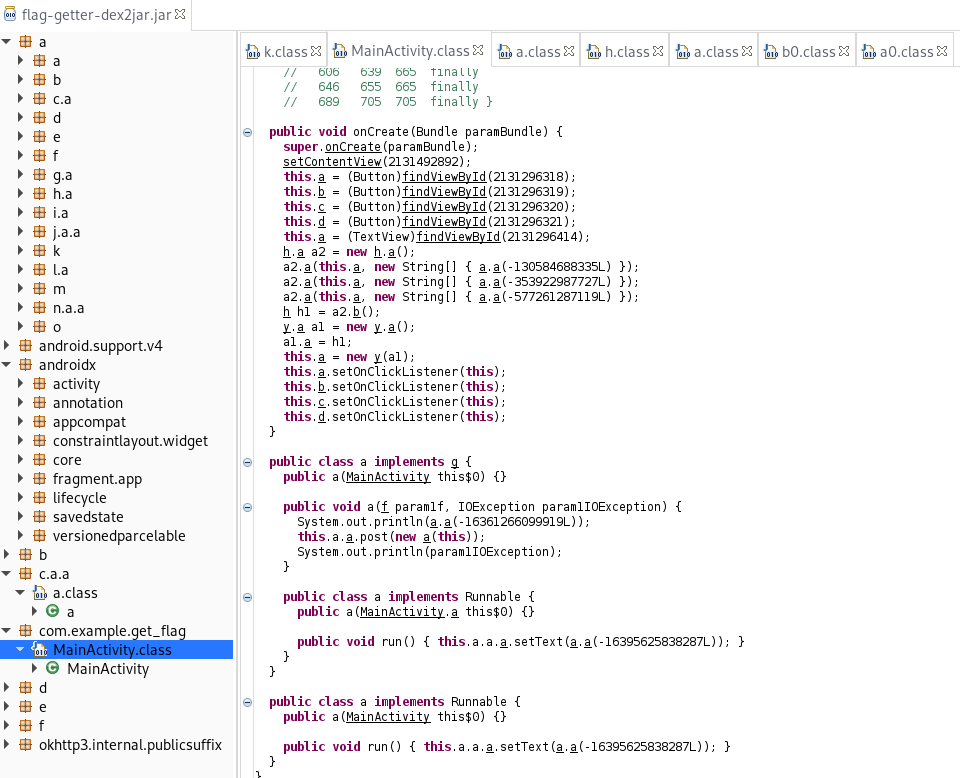 We see that just about everything is minified, which makes it harder to understand what’s going on in the code. I initially tried a few of the standard cert pin workarounds like using universal SSL pin bypass scripts with Frida. None of those worked, but I realized that the app name and challenge name was a hint that we are loading a GET request to get the flag. If we get the full URL with the GET parameters we should have the flag.

I tried patching the application to log several areas of the app to try and get the full URL. I used the following log method:

However, this did not work for some reason. I guess some of the Log methods were obfuscated as well. As I was trying to patch the app, I saw the following code: 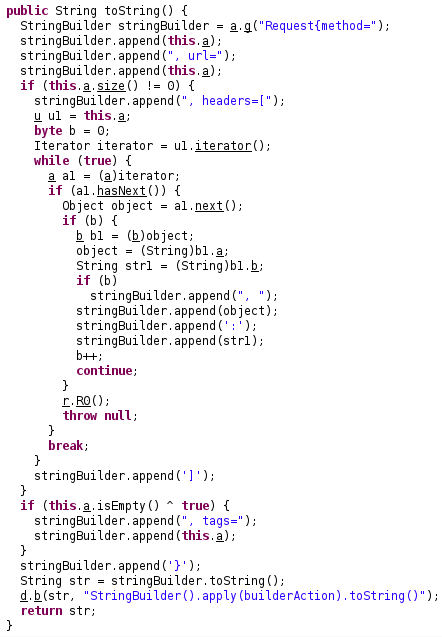 Save the script as logurl.js and run frida -U -f com.example.get_flag -l logurl.js --no-pause. After pressing one of the four buttons, we can see the URL being built:

Navigating to the URL gives us a piece of the flag. We can get the full flag by navigating to each of the 4 URLs and concatenating the result to get the flag: DUCTF{n0t_s0_s3cre7_4ft3r_4LL_!!11!}.

I didn’t have too much time to play this CTF so I submitted this flag a few hours after the deadline, but I figured it was worth a try and a writeup anyway. Big thanks to DownUnderCTF and the author for the fun challenge :)

We’re given a binary with a description “I went to the hardware store yesterday and bought a new lock, for some reason it came on a flash drive. Can you figure out how to unlock it? I really need t...